Popular Cooking Methods to Give the Dishes Form and Flavor 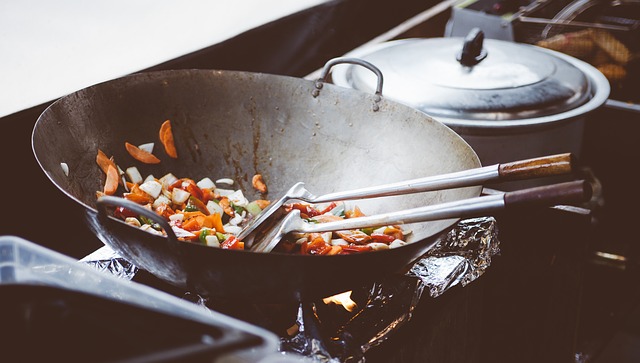 Braising or baking, boiling or broiling, roasting or grilling, frying or just smoking? Poaching, caramelizing or blanching? Which one would you prefer? Indian food cuisine incorporates different cooking techniques and a variety of masala mixes and curry powder concoctions to bring out the true flavour of a dish and give it the desired texture, consistency and appearance. There are age old traditions that have been in practice for decades and generations after generations, and also the advent of newer techniques that lead the modern chef through undiscovered paths of revelation. Be it in the country of its origin or abroad, it has been appreciated by one and all.

A low down on some of the popular cooking methods:

Braising: This refers to a cooking method that incorporates moist as well as dry heat. The fish, meat or vegetables are first fried and then simmered in liquid with the lid on. Examples of such dishes include bhuna gosht, braised cauliflowers and yoghurt braised chicken with cashews and raisins.

Baking: This low fat process involves cooking the food, usually in the form of a batter or dough, in an oven. It negates the requirement of oil (or incorporates the use of very little oil) and incorporates the use of prolonged dry heat that acts by convection. Examples of such dishes include spicy paneer and spring onion tartlets, baked Gujarati oondhiya and barbeque baked lentils.

Boiling: This process refers to cooking food in boiling water and allowing quick vaporization of the liquid. It can be the first or the only step of the cooking process. Boiled rice, boiled and mashed potatoes, boiled vegetables, etc. are all part of this section.

Poaching: This involves gently cooking the food in liquid (which can be milk or stock) below the boiling point. Examples of such dishes include poached pears, masala tea poached chicken and poached salmon with cucumber raita.

Roasting: Used for bringing out the flavour by caramelizing the surface of the meat or vegetable, this process refers to cooking the food on a rack, an open flame or in an oven and often used for cooking big chunks/ whole pieces of meat. The roasted varieties include Indian spice roasted cauliflower, tandoori chicken, shiro, etc.

Frying: This cooking method refers to the cooking of meat, fish or vegetables in oil, fat or butter. It absorbs a considerable amount of oil/ fat and layers the food with fat and calories. Fried potato wedges, onion bhajis, khasta kachoris, etc fall in this category.