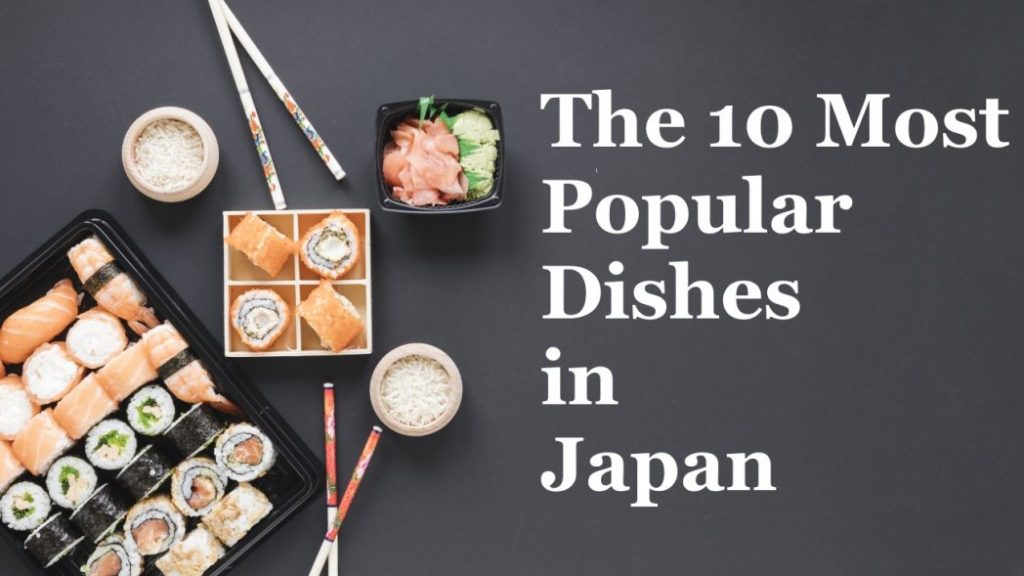 Today we will talk about traditional Japanese foods and dishes. As most know already, Japan has dishes that are absolutely unique and wonderful. Yet the first thing that comes to mind when you think about it is fish and rice. This is why we will give you the top 10 traditional dishes of Japan, to give you another cultural vision, but also to help you choose what you will eat in the restaurant.

So here are 10 of my favorite Japanese dishes! 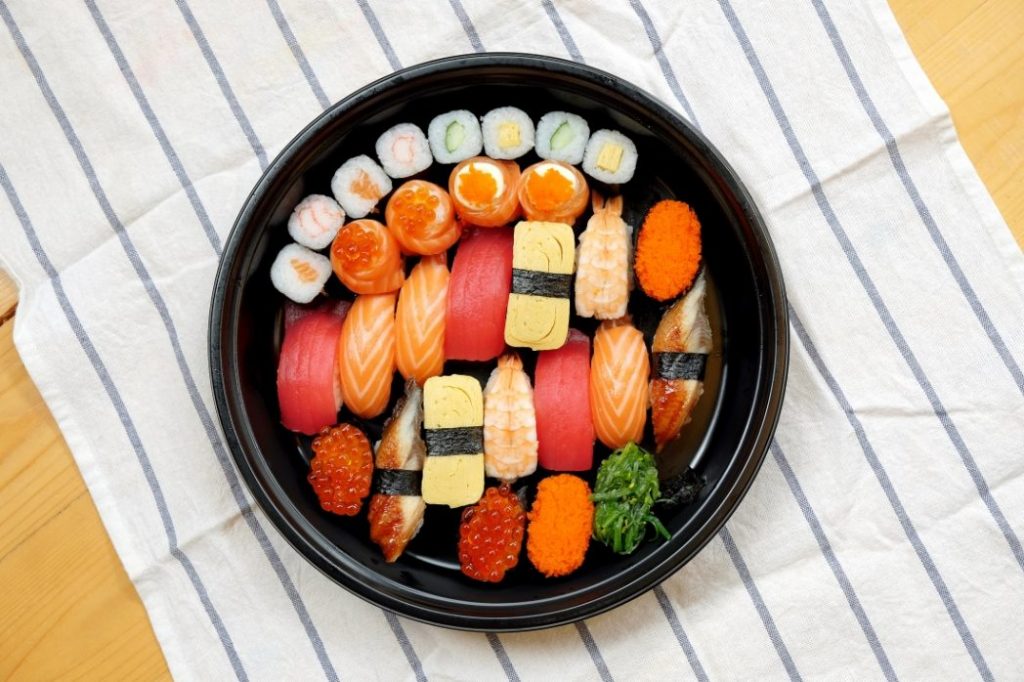 I will begin with the most famous but also the most associated with Japan : sushi and sashimi. Sushi is famous all over the world. They are composed of a vinegared rice (which is created from vinegar, salt and sugar) mixed with different ingredients such as fish of different varieties of vegetables, but also sheets of dried seaweed called Nori, etc., You can catch them with chopsticks and dip them into the soy sauce or wasabi (a very spicy japanese condiment ), or sometimes even both at the same time. It is a true mix of flavours in your mouth ! Depending on The Shape of sushi and its ingredients, sushi can be : maki sushi, nigiri sushi, temakis sushi, and many more.

The sashimi is basically raw fish or seafood, served with wasabi, soy sauce and most often with the radishes sliced on the side. Although the term sashimi is Japanese, it has been widely francized, and literally means “carved body”. 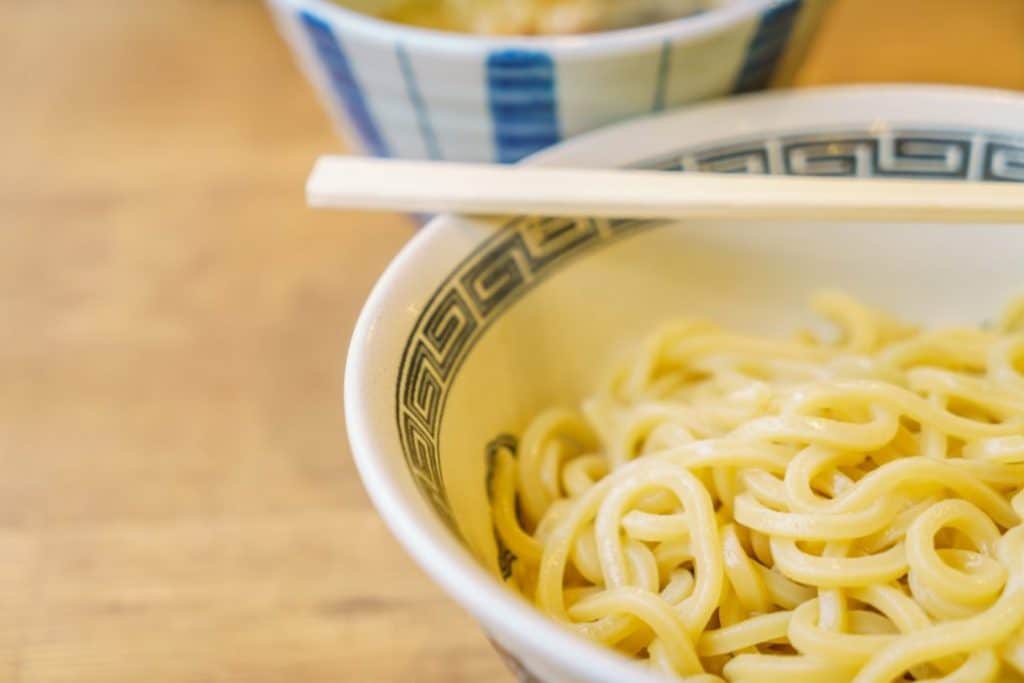 Ramen is one of the most popular Japanese dishes. It is a bowl of noodles, made from wheat, served with soy sauce or miso soup and mixed with many kinds of foods. The most typical are pieces of beef, green onion, seaweed and eggs. It is difficult to compare the flavours of this dish with those you regularly consume : they are unique. The ramen is very tasty, although it often depends on the place or restaurant where you order it. The way the beef is cooked sometimes makes it so soft and supple that it breaks in half as soon as you catch it with your chopsticks. If you order a bowl of ramen with a bowl of rice, you can be sure that you will be satisfied once this meal is over. I mean, if you can. 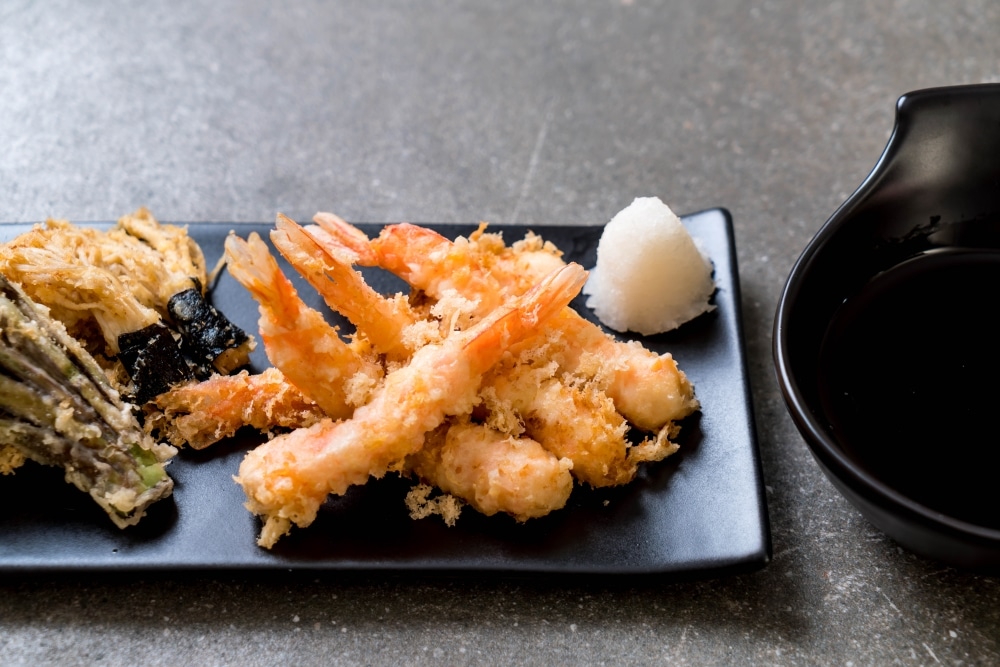 Tempuras are a fried Japanese snack made from seafood and vegetables. However, it is not uncommon to find tempura from chicken and fish, seasoned with a sauce made of ginger, sugar and soy sauce. For vegetables, you can find plenty of different varieties. This snack must be small enough to be eaten in one bite, and as far as frying is concerned, it must not be too oily. Tempuras are served with Tentsuyu sauce, composed of dashi and soy sauce. 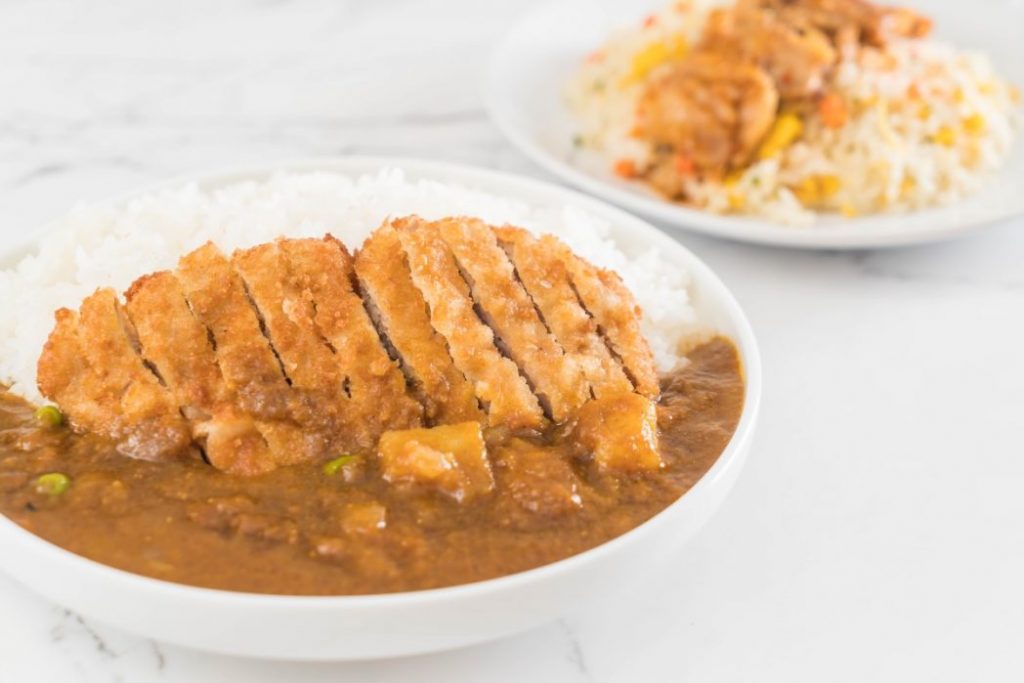 Kare Raisu is also a very famous dish in Japan. It is simply curry rice, but the taste is very different from what one can know in France. Japanese curry rice requires different varieties of meat and vegetables. Traditionally used vegetables are onion, carrot and sweet potato. The meat used is usually chicken, beef and sometimes duck. As for spices, it is raised to your choice: sweet, normal or very spicy. Japanese curry rice is usually very spicy !
What sauce will you choose ? 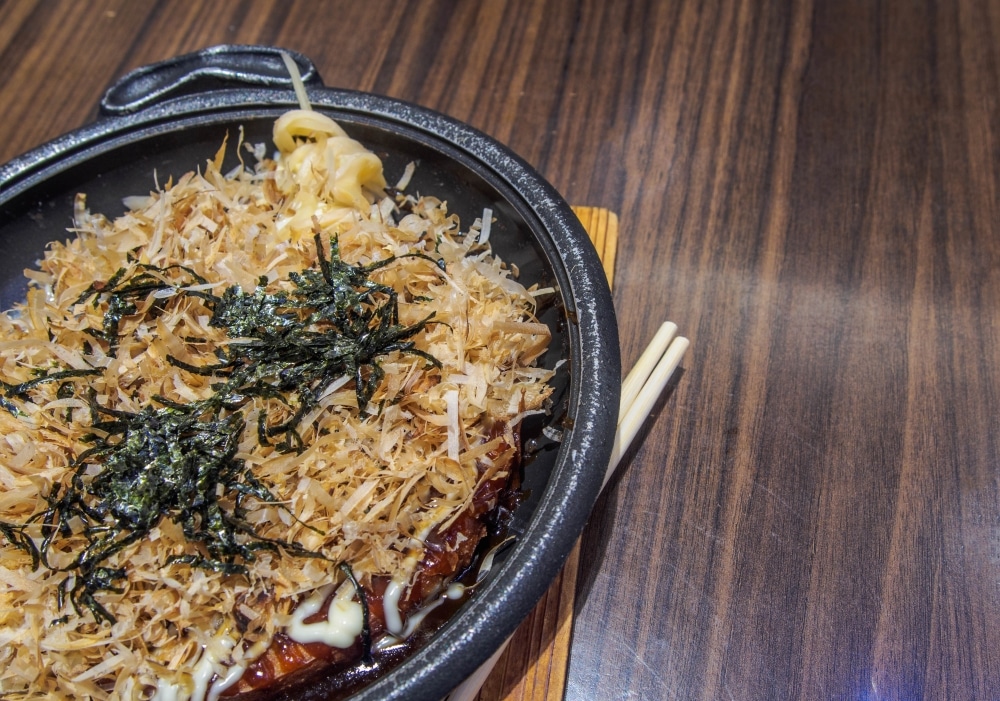 It’s a mixture made from flour, yam and egg, but you can add whatever you want. Ingredients are usually green onion, beef, shrimp, vegetables, cheese, mochi, and squid. Okonomiyaji is cooked on a hot plate that looks like a grill. In some Japanese restaurants, the chef comes to cook it directly on your table and you can even participate in the recipe by adding your own ingredients. This dish looks like a patty, cooked on both sides : its cooking is therefore a bit stressful or even funny, especially when it is the first time you make it. 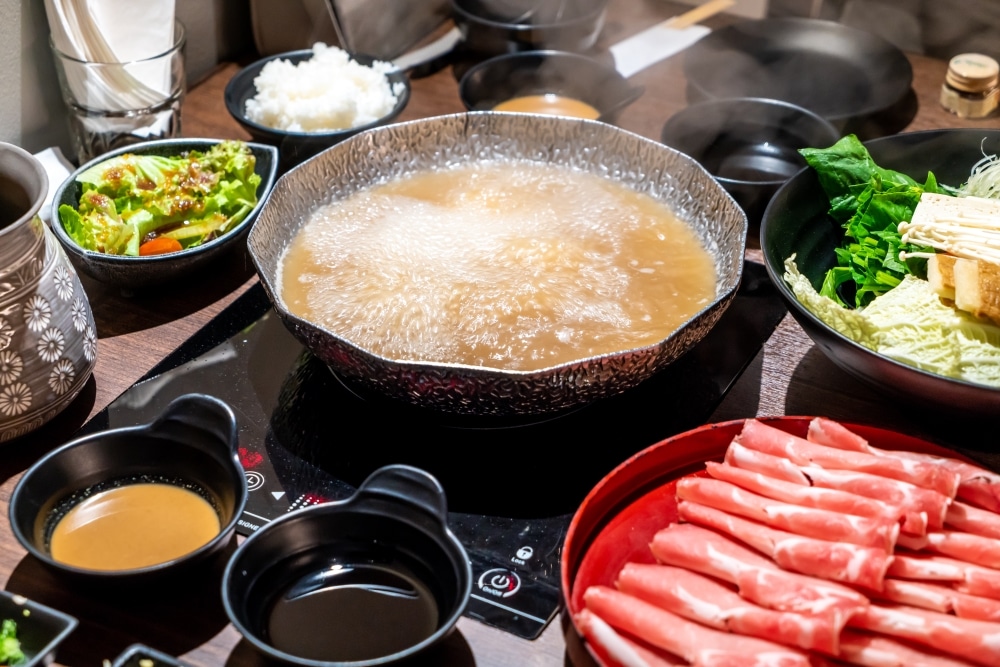 Shabu shabu is the Japanese fondue par excellence. For this dish, different varieties of meat and seafood are used, these are mainly the sweetest in taste. They are accompanied by vegetables, and tofu and sometimes noodles. For the taste, it is very simple ! You catch a piece of meat and/or a piece of vegetable with your chopsticks and immerse it in a bowl filled with hot water. Once cooked, dip it in a sesame sauce and taste it with rice. It’s delicious ! 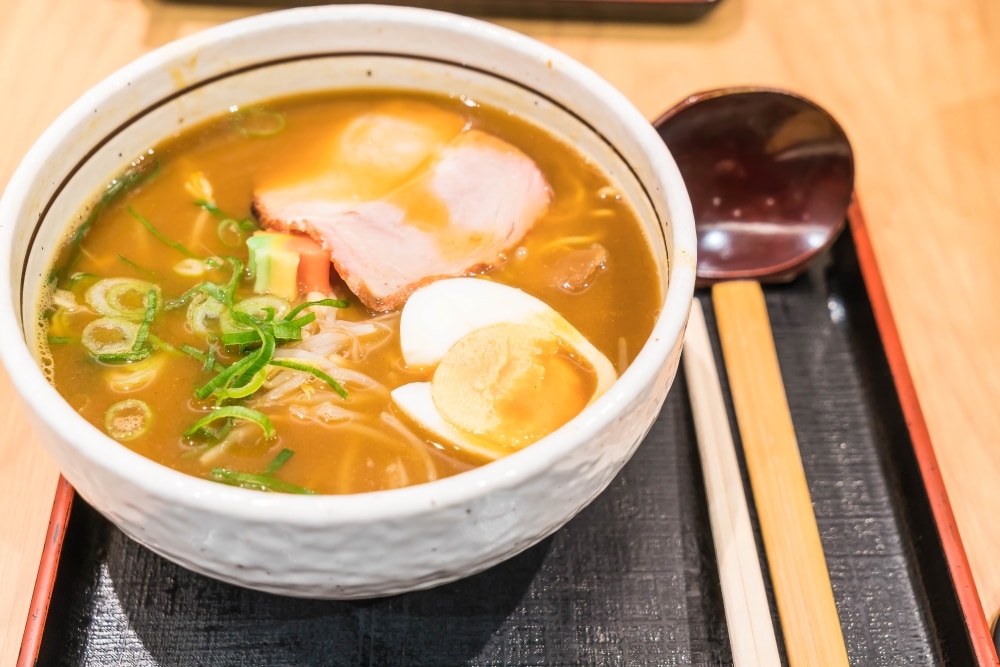 Miso soup is served as a side dish in most Japanese meals. It is a soup made from miso paste (fermented soybean shoots) and dashi. Inside, you can find pieces of tofu, wakane seaweed, onion and sometimes even vegetables such as sweet potatoes, carrots or radishes. This dish is never served as the main dish. It is often accompanied, if not all the time, by a bowl of rice or other dishes.

It’s a Japanese skewer. As its name indicates (tori means-volatile), it was originally a chicken skewer. Now you can find yakitori made beef and even fish. These kebabs are a mix of vegetables and meat cooked on the grill, dipped in a teriyaki sauce. It is also a very famous dish in Japan.

This is often the choice chosen by tourists traveling to Japan because the flavors of the yakitori skewers are very similar to those of the Western cuisine. They are recommended for those who don’t yet dare to venture into strong Japanese flavors and who are looking for a great taste and nutritious snack food. 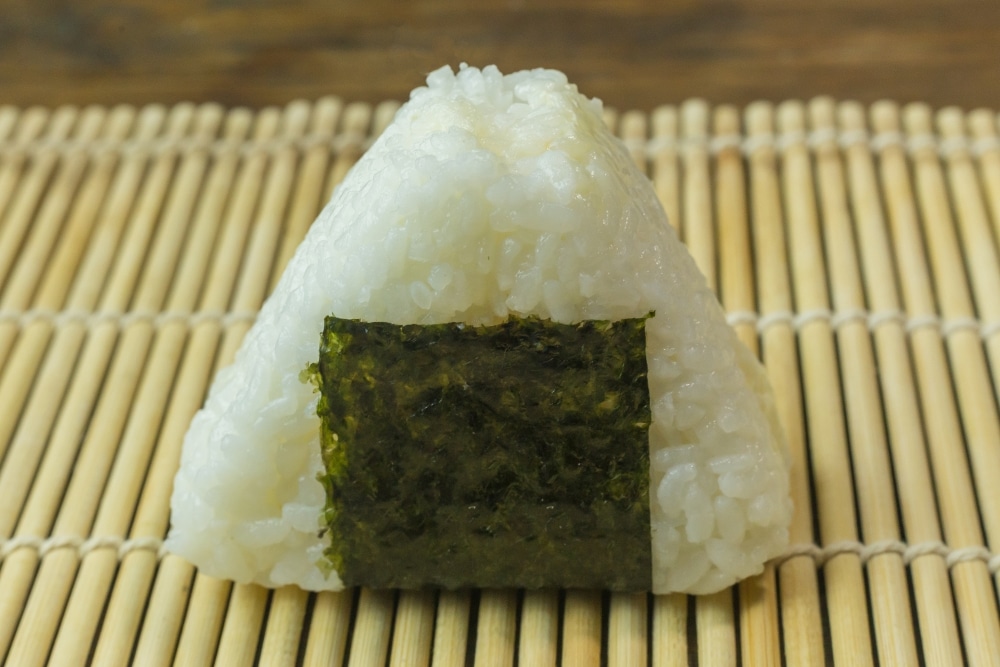 It’s the most popular snack in Japan. No matter what time it is, where you are, if you are hungry or a little creep and you run out of time, you buy an onigiri. Onigiris are small rice balls seasoned in different ways, sometimes filled with chicken, vegetables, or fish covered with a nori seaweed or even covered with an egg. You have a huge choice of varieties and flavors ! In addition, it is a very inexpensive dish that can be found everywhere: supermarkets, grocery stores, even shops that only make onigiris. 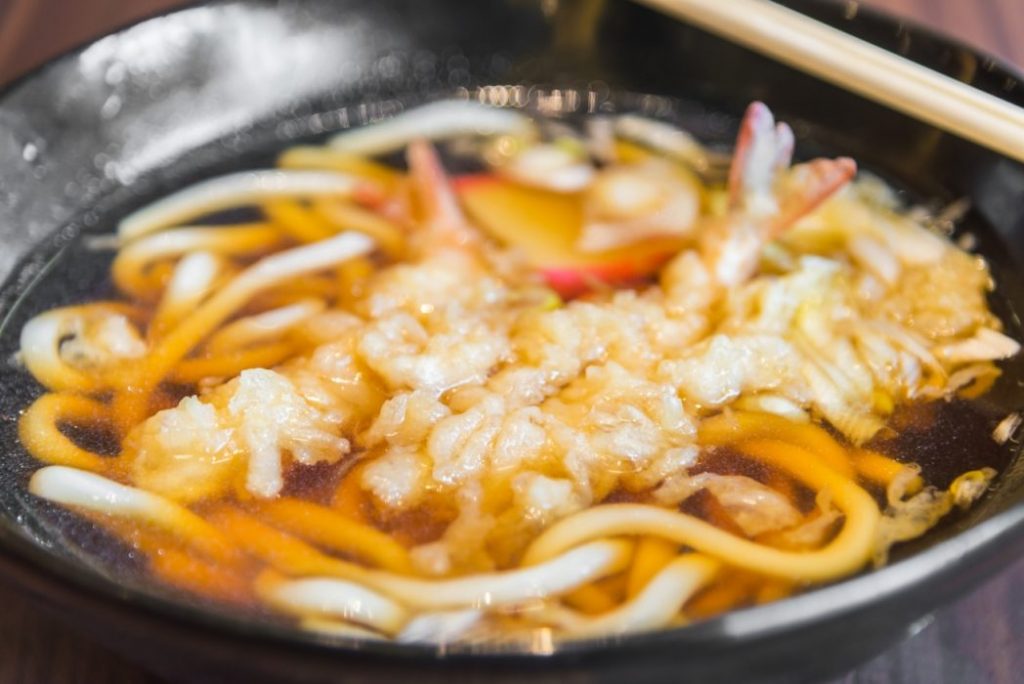 The udon is a thick noodle made of wheat flour. In general, the odons are served with soy sauce. Most of the time, they’re served with chives. The shape and thickness depends on the person who cooks them. Udon can be eaten cold or very hot, and is very popular in Japan. It is a dish that is appreciated by the fact that it is eaten and cooked very quickly, and thus makes students or hard workers happy. There are special places in the udon where you can eat: they are very often full, but don’t worry, you will quickly find a seat on which to sit !